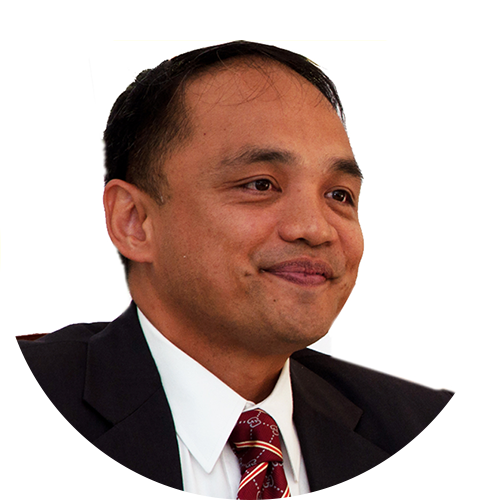 Atty. Alexander Bangsoy is the President and CEO of Goshen Land Capital, Inc., one of the biggest real estate companies in Northern Luzon in the Philippines. He was recently appointed by President Noynoy Aquino a board seat at the John Hay Management Corporation (JHMC), a subsidiary of the Bases Conversion Development Authority (BCDA). He was nominated as an Ernst & Young 2013 Entrepreneur of the Year by the Philippine Stock Exchange and was one of the top 12 finalists for the award. Locally, Atty. Bangsoy was nominated as an Outstanding Citizen of Baguio in 2013. Atty. Bangsoy graduated with a Bachelor of Science degree major in Accounting from Saint Louis University. He holds a degree of Doctor in Jurisprudence (JD) from the Ateneo College of Law and a Masters in Entrepreneurship from the Asian Institute of Management. He took up the Owner/President Management Program Batch 45 at the Harvard Business School, Boston, U.S.A and he continued his study at the Kellogg School of Management, Chicago and took the Accelerating Sales Force Performance. He is currently the administrator of the Manahan Bldg. in Session Road in Baguio City, former Legal Consultant to the National Power Corp. of the Office of the President, a leader of Tuloy Pinoy and an active Member of Gawad Kalinga and Legal Aid.