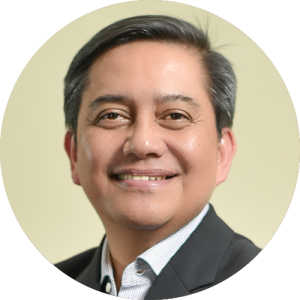 Mr. Serafica (age 58) was elected as a Regular Director during the Board meeting on May 2010 and became Chairman in March 2011 until December 2014. Mr. Serafica is the President & CEO of Premiere Horizon and was again elected as Chairman on February 6, 2018 until December 2020. Mr. Serafica was the Managing Director of Asian Alliance Investment Corporation and Asian Alliance Holdings & Development Corporation. He is also a Regular Director of Marcventures Holdings Inc. and Bright Kindle Resources Inc. Mr. Serafica is a veteran investment banker with expertise in mergers and acquisitions, fundraising and placement and business development. Industries that he is quite versed with are mining, real estate, and technology. Mr. Serafica is also the past Chairman of the AIM Alumni Association and was the Chairman of the Board of Trustees of the Brotherhood of Christian Businessmen & Professionals. A CPA, Mr. Serafica earned his BA in Accountancy from San Beda College and acquired his MA in Business Management from the Asian Institute of Management.