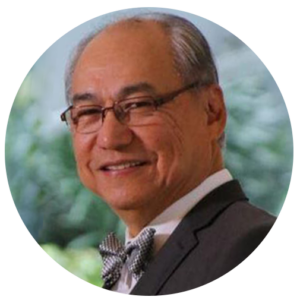 Mr. Cosio (age 69), “Gus” among friends and social media followers, was elected as a Regular Director and Chairman of PHA on December 2020. Mr. Cosio is also currently the President & CEO of the listed company,MRC. He was previously President of First Metro Asset Management Inc. (FAMI) which managed mutual funds with total assets under management of around 11 billion pesos at the time of his retirement in June 2018. He joined the First Metro Investment Corporation Investment (FMIC) group in 2006 where he had been an active member of its investment committee. Mr. Cosio has had extensive experience in investments and the capital markets both locally and internationally. He served as consultant to the Mutual Fund Company of the Philippines (Kabuhayan Fund) from 2005 to 2006 and with the GSIS Mutual Fund (Kinabukasan Fund) from 2002 to 2003. He was Vice President at Bank Austria Private Banking in Hong Kong from 2000 to 2001 managing portfolios for private clients. He was previously President of PNB Securities Inc. and a member of the board of the Philippine Stock Exchange (1999-2000). He also served as Senior Vice President of Security Bank Corporation and SB Capital from 1994 to 1996.

Mr. Cosio had been an international capital markets practitioner from 1977 to 1994 having been worked with Banque Nationale de Paris (1977 to 1981) and Banque Paribas (1984 to 1994), the predecessors of the present BNP Paribas. He worked in Hong Kong and Singapore for the Paribas capital markets group and in the Manila Off-shore Branch of Banque Nationale de Paris. He was fortunate to have operated in the major financial centers of Tokyo, Paris, London and New York as a capital market practitioner with this global bank.

Outside his career in finance and investments, he had organized a BPO start-up in 2004 – Trec Global whose investors were New York, USA based – which now boasts of 600 BPO employees. He is also a member of the board of trustees of the Automotive Association of the Philippines (AAP) being a strong advocate of road safety and responsible driving.